Reinventing Business Intelligence for the Next Decade

In file systems, large sequential writes are more beneficial than small random writes, hence many storage systems implement a log structured. The first few decades of BI were focused primarily on providing visibility into the business for users within an organization.

In this talk, Maxime teases his vision for the future of business intelligence that revolve around answers to the following questions:

Hello, everybody, and welcome to this lightning talk. So here today I'm going to talk about the next generation of business intelligence. This is a 45 Minute Talk that I'm going to try to cram into five minutes. So it's gonna, you should be feeling the lightning as this goes. Quick intro. So my name is Max, I have been building a lot of data tools. I've been swimming in data for 20 plus years, and I started two open source projects while I was at Airbnb about five or six years ago.

One is Apache Airflow, and the other one's Apache superset. More recently, I started a company called Preset, where we serve a managed service called preset on top of Apache superset. But going into the subject today, which is the future of business intelligence, I'm gonna try to name a few interesting things around where data visualization__________. The first thing is the term business intelligence. It's kind of a dated word that has its roots many, many years ago, in fact, like, hundreds of years ago, and you know, it's been like, redefined in, you know, a few decades ago. I think one big thing about the future of business intelligence is they won't be called Business Intelligence, very likely to be called data visualization, more generally, analytics.

And as we speak, I think there's a lot of innovation in this space, because one of the big trends I wanted to mention is analytics everywhere. So one thing that's clear is that data is becoming more and more mainstream and coming out of the BI tool itself. And it's going to infiltrate everything that we do every day. So I think every SAS product out there, every publication, as people become more sophisticated with data, we're seeing more and more data visualization everywhere. Another trend is the idea of headless BI. So that means like being able to manage your assets in a GUI, but also as code where it makes sense, where it's going to be able to check in assets from into source control and being able to have bi directional flow from GUI to code and from code to GUI. In fact, you can do that today, with superset, which is, you know, the project that I've been more close to, by instead of having like pure GUI only type approach to this intelligence, that headless approach is very valid as well.

Another thing we're seeing all across data, in general is like the unbundling or the delamination of the stack, where we used to have like these very monolithic data platform type things, right like the Microsoft bundle of tools, or IBM Cognos or business objects that we're trying to have full solution across the stack. I think now we're seeing the tooling becoming more broken down into smaller set of solutions. This is looking at the BI Magic Quadrant by the fine analysts at Gartner. So the point being here, people have been interested in completeness of vision and ability to execute. I think those axes are less relevant anymore as we unbundle things.

And as we see a bunch of new vendors and tools coming up into space. So when you think about it, the completeness of vision, should does not correlate with the ability to execute, right? If we break down things into smaller use cases that are loosely coupled, instead of being tightly coupled, then that enables, you know, smaller, mightier startups to really focus on a subset of the problem. And that should, you know, allow for a better ability to execute. So I think the axis or changing the way we think about the toolset is changing as well. So this was just showing how the data landscape is insane. So I think that's a trend that we're going to see in some parts unbundling, but we're going to see other forces going to bring these things together too. And we're going to see a new set of a new stack emerge.

Another pointer. So if you're interested to learn a little bit more about the evolution of the data stack in general, beyond business intelligence. So one thing that's clear is that this intelligence is a subset of the modern data stack. What are all the different lanes and the different sets of tools that exist? Check out my talk that is much longer trying to cover more in depth some of the ideas in here. There's also a blog post that I wrote that's called the business intelligence is open source and with that all the time that I had. So thank you very much. 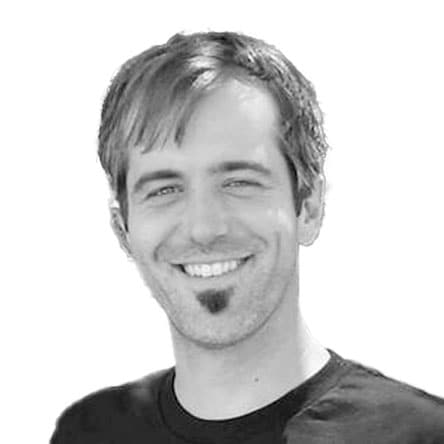 Interested in partnering with us for next year's event? E-mail sponsors@incorta.com.